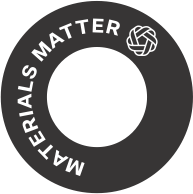 From the clothing we put on our bodies to the fabrics that fill our homes, textiles touch our lives every day. They connect us to people and places around the world–but this connection is often missing from the stories we tell. In partnership with Magnum Photos, the global non-profit Textile Exchange is calling on photographers to rebuild the visual narrative between textile production and people, place, culture, and nature.
Closed
since
9 September 2022
4:59 AM

The theme of our call, Materials Matter, invites entrants to trace everyday textiles back to their roots, reframing their significance in our lives.

We are looking to partner with photographers interested in exploring the way we interact with materials, how they make us feel, and how they touch the hands and lands that help to make them.

By placing these themes at the center of the story, the initiative hopes to reframe the way we relate to their environmental and social impacts. It is about altering our attitude towards these everyday items, all while providing a springboard for emerging talent to embrace visual storytelling the Magnum way.

What the Winners Receive

The overall winner will receive a commission to the value of £8,000 for Textile Exchange to document the stories behind some of its members as well as a mentorship with a leading talent from Magnum’s network of photographers.

Two runners-up will receive a commission to the value of £4,000 for Textile Exchange and coaching sessions with a Magnum Photographer & Magnum Photos Education team.

The winning entries will also be showcased in an original exhibition at the Textile Exchange Conference. Held annually, the event brings over 800 brands, retailers, and suppliers together to ensure that fashion and textiles are produced in a way that supports our planet, its ecosystems, its landscapes, and its communities.

From cotton to polyester, wool, hemp, viscose, and more, most of the materials used in textiles today are linked to agriculture and oil. These are two of the biggest levers in the challenge to limit global warming and mitigate the most serious impacts of climate change.

Textile Exchange is a global non-profit focusing on how fibers are farmed, sourced, and extracted from the earth, plants, and animals. This is known as Tier 4 of the supply chain, and it accounts for 24% of the industry’s carbon footprint.

Its vision is a global fashion and textile industry that gives back more than it takes from our planet. This means positively impacting the lands and hands that uphold it, benefiting soil health, water, biodiversity, and communities.

To get there, the organization is guiding a growing community of over 800 brands, manufacturers, and farmers towards more purposeful production, right from the start of the supply chain. It creates a space to share knowledge and instill accountability by building a network of people linked through their purpose.

The Magnum Photos agency represents some of the world’s most renowned photographers, maintaining its founding ideals and idiosyncratic mix of journalist, artist, and storyteller. Its photographers share a vision to chronicle world events, people, places, and culture with a powerful narrative that defies convention, shatters the status quo, redefines history, and transforms lives.

For more than 70 years Magnum has been creating the highest quality photographic content for an international client base of media, charities, publishers, brands, and cultural institutions. The Magnum library is also a living archive updated regularly with new work from across the globe.

Since 2007 Magnum has been committed to developing the next generation of visual storytellers. They have programmed unique events focusing on education and professional development for photographers across the world.

Applicants should submit at least one photo story (but a maximum of two), consisting of up to 25 images per story. They should also include an artist statement and CV.

The competition is open to any photographer regardless of age and nationality with an interest for the topic at the center of Materials Matter.

Inspiration from the Magnum Judges in response to Materials Matter

Claire Bergkamp is the COO of Textile Exchange. A global non-profit driving positive impact on climate change across the fashion and textile industry, Textile Exchange is guiding a growing community of over 800 brands, manufacturers, and farmers to holistically understand, measure, and reduce the impacts of the raw materials they use. Since joining in 2020, Claire has helped the organization to drive forward a collective climate strategy for the industry, grounded in holistic systems thinking on the interconnected impacts of climate, soil health, water, and biodiversity.

Prior to Textile Exchange, Claire was the Worldwide Sustainability and Innovation Director at Stella McCartney, leading the global environmental, human rights, and innovation strategy for the brand. Beyond placing Stella McCartney at the forefront of sustainable luxury, she shaped sustainability policies and practices for its former owner–the luxury group Kering–where she helped to define core tools such as its Environmental Profit and Loss.

Claire also serves on the steering committee for the British Fashion Council’s Institute of Positive Fashion and has also been an instrumental part of the United Nations Fashion Industry Charter for Climate Action since its inception. Her influence and expertise on environmental strategy within fashion have cemented her as a core voice in the sustainability conversation over the last ten years, as well as a leader in the call for collective, connected action.

Sonia Jeunet is the Education Director at Magnum Photos in London. She develops photography workshops and masterclasses and has worked with leading industry professionals and institutions such as the London College of Communication, Fujifilm, FUTURES, Photo Australia, among others. Prior to Magnum, she worked at Panos Pictures in London and NOOR in Amsterdam, as commissioning editor, photo editor and project manager. She teaches regularly about professional practice and has given lectures at Westminster University, Photofusion, Minority Rights, Anadolu Kültür and the Photography Foundation, among others.

Chiara Bardelli Nonino graduated with an MA in Philosophy with a dissertation on Post-Mortem photography. She is the Senior Visual Editor of Vogue Italia, the editor of Vogue.it Photography section and a curator for the Photo Vogue Festival, where fashion is explored from a socio-political point of view in exhibit such as Reframing History, All That Man Is - Fashion and Masculinity Now, Italian Panorama, Fashion & Politics in Vogue Italia, The Female Gaze. With a focus on contemporary photography, she also works on independent editorial and curatorial projects and juries. Recent projects include the exhibition The Edge Effect at Marselleria, the co-curation of the project My Queer Blackness My Black Queerness and of the exhibition Aperture Summer Open: Delirious Cities. She has been part of the Jury of the 2020 edition of Hyères Festival and has curated the largest monographic exhibition on Paolo Roversi’s work titled “Paolo Roversi - Studio Luce” and the eponymous art book designed by M/M Paris. She has collaborated, among others, with Foam Magazine, Aperture, The British Journal of Photography, A Magazine Curated by, PHmuseum, The Photocaptionist, Flash Art Italia, Looking on, Canon Student Development Programme, Metronom Gallery, Red Hook Labs, Marsell Paradise, Creative Review.

Myriam Boulos was born in 1992 in Lebanon. At the age of 16 she started to use her camera to question Beirut, its people, and her place among them. She graduated with a master degree in photography from L’Académie Libanaise des Beaux Arts in 2015. Myriam took part in both national and international collective exhibitions, including “Infinite identities” (Amsterdam), 3ème biennale des photographes du monde arabe (Paris), and “C’est Beyrouth” (Paris). Today she uses photography to explore, defy and resist society. In 2021 she was awarded the Grand prix ISEM and she joined Magnum as a nominee.

Enri Canaj was born in Tirana, Albania, in 1980. He spent his early childhood there and moved with his family to Greece in 1991, immediately after the opening of the borders. He studied photography in Athens and in 2007 he took part in a British Council project on migration, attending a year-long workshop with Magnum photographer Nikos Economopoulos. Since 2008, he has been a freelance photographer for major national and international publications. Enri Canaj became a Magnum Photos member in 2021. At-present he is based in Athens and covers stories in Greece, the Balkans, west & north Europe focusing on the migration matter.

Alice is a documentary photographer, film-maker and campaigner focused on telling human stories of those on the frontlines of the climate crisis, refugee crisis and the fight for women’s rights.