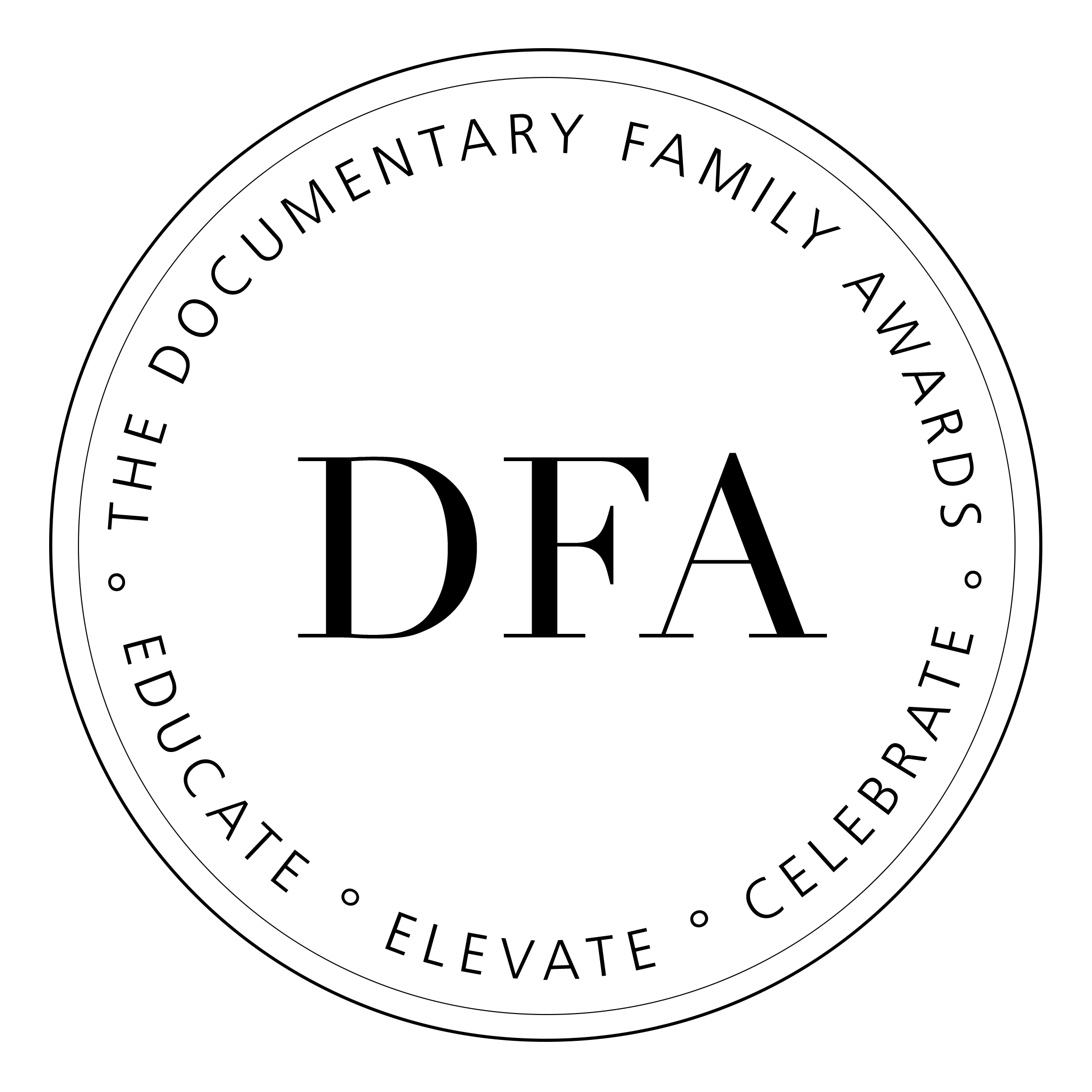 Celebrating documentary images that bring insight and meaning to the varied interpretations of family
Open
until
16 December 2021
7:59 AM

As the leading international competition of its genre, the Documentary Family Awards (DFA) is in search of outstanding photographs that reflect unique interpretations of family life.

The DFA is one of the only photo competitions in the world to stream its final round of judging in its entirety. All finalist images are included in this three-day event, where winning photos are reviewed and discussed by leading photographers and editors in the industry.

Submit your photography for the chance to join award-winning photographers from over 70 countries whose work represents the best documentary family photography from around the globe.

The Documentary Family Awards accepts submissions twice a year, and is currently open for its Fall 2021 Call for Entries.

Why You Should Enter

Judges will be making decisions based on:

Under the threat of persecution, Haitian-born Carl–Philippe Juste, and his politically active family, were forced to flee their homeland in 1965. Settling in Miami’s Haitian community, Juste flourished academically and attended the University of Miami. He vigorously pursued photojournalism and, since 1991, has worked as a photojournalist for The Miami Herald.

Juste has covered many international and national stories for the Herald, including assignments in Haiti, Cuba, Pakistan, Afghanistan and Iraq. In addition, he has worked on various documentary projects for the museum, HistoryMiami, including At the Crossroads: Afro-Cuban Orisha Arts in Miami (2001), South American Musical Traditions in Miami (2002), and Haitian Community Arts: Images by Iris PhotoCollective (2006-2007), all were funded, in part, by the National Endowment for the Arts. Juste has been a guest lecturer for various national organizations and universities. He has received numerous awards for his work, including the Robert F. Kennedy Journalism Award, National Headliners, and POYi. His work has been exhibited in various prestigious institutions and galleries in Cuba, Dominican Republic and The United States. In 2016, he won a prestigious Knight Arts Challenge grant to complete Havana/Haiti: Two Cultures, One Community, a book and exhibit of photographs and essays about Cubans and Haitians, to prove once and for all that Haitians and Cubans have more in common than most people understand.

As part of his ongoing independent work, in 1998, Juste co-founded Iris Photo Collective. Iris’ photographers, writers and culture activists create work that explores and documents the lives of people of color throughout the world with the goal of empowerment for all. Havana/Haiti is a project created by Juste and guided by the mission of Iris PhotoCollective.

Jenna is a documentary photographer based out of Victoria BC, where she works with her husband and they raise their small family. Her documentary work focuses on women's issues and more specifically, the labour process. Her birth work has been published internationally both online and in print. In addition to being professionally trained in photography, Jenna has a degree in Psychology, trained as a doula in 2011. She is co-founder of the Documentary Family Awards and teaches documentary family photography to photographers worldwide.

Kirsten is a photographer based in Denver Colorado however her work takes her around the world annually for photo commissions speaking engagements and teaching opportunities. It was her 3 classes on Creative Live that ignited a global interest in her documentary approach to photographing families specifically Day In The Life sessions as an alternate to the family portrait. From India to Colombia Australia to Kazakhstan Kirsten has brought her love of real life moments to over 30 countries in the last decade. Of all of her accomplishments, however, it is being a mom to her daughter Byrdie Mae that brings Kirsten the most joy.

Julia Chang-Lomonico is a New Jersey based photographer and home educator. Her work primarily focuses on the human condition and its effect on the environment and interpersonal relationships within the family unit. For the past 10 years, she has photographed over 100 families, with her own family playing a central role in her work.

Julia graduated from Syracuse University in 2004 with a BFA in interior design, and a minor in art history. Her early career as an interior designer allowed her to study and observe the spaces people inhabit, which later influenced her photography sparking her interest in documenting human relationships and interactions in different environments.

She has won awards in the Documentary Family Awards and as a finalist in LensCulture Home '21.  Her work has been published in The Washington Post's InSight and The New Jersey Star-Ledger. Julia lives in Bergen County, NJ with her husband, Keith, and their two daughters.

Irmina Walczak is a photographer, anthropologist and educator. She's a mother of three worldschoolers and digital nomad; co-founder and an editor-in-chief of the Clan Magazine.

Graduated in Latin America Cultural Studies by Warsaw University, Poland and PhD in Social Sciences by University of Brasilia, Brazil. Most of her work is biographical. She explores family relationships, intimacy and daily life aspects. She creates representations of herself as a mother and reflects about how motherhood is inscribed in the female body and how it shapes mother's identity. She frequently works with her life partner Sávio Freire. They study and successively deepen the condition of the child in contemporary society and its corporeality. In 2016 they published their first book - "Retratos pra Yayá"/ Portraits to Yayá which was presented to the European audience on the Paris Photo in 2017.

Irmina is a winner of the FotoFestiwal 2021, Revela't Festival 2021, the HeadOn Portrait Prize 2017 and finalist of the LensCulture Portrait Award 2018 and the Meitar Award for Excellence in Photography 2020.

Zun Lee is a visual artist, physician and educator. Born and raised in Germany, he currently lives and works in Canada and the US. Through lens-based storytelling, archival and socially engaged practice, Lee investigates Black everyday life and family spaces as sites of intimacy, belonging and insurgent possibility against cultural displacement and erasure.

Lee has exhibited and spoken at numerous institutions in North America and Europe. His works are widely published and represented in public and private collections around the world.

Founded in 2017, the Documentary Family Awards (DFA) provides a platform that celebrates the very best documentary family photography from around the world, while also supporting photographers through open online educational events. With one of the most transparent judging processes in the photography industry, the DFA streams online its entire final round of judging for anyone to watch, providing a unique opportunity for viewers to learn from leading documentary photographers, photojournalists and editors during in-depth discussions and debates.